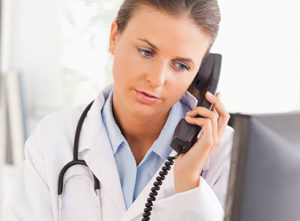 Get a Free Consultation

For a limited time, Upper Cervical Chiropractic of Arizona is providing Free Chiropractor Consultations. Please call our office at (602) 954-2447.

While visiting Upper Cervical Chiropractic of Arizona is similar to visiting other healthcare providers, it does have some unique elements. You will likely find the office setting and intake procedures quite familiar, but many notice the distinctive appearance of the chiropractic treatment table. These tables allow specific positioning and movement during spinal adjustments and thus assist the chiropractic treatment.

A typical visit to a chiropractor includes an initial intake, physical exam, treatment, and follow-up plan.

What happens during a typical intake?

Initial chiropractic consultation is very similar to that of a standard medical intake. You will likely complete a health questionnaire and answer questions about your health history. Typically the chiropractor asks you to indicate where you are experiencing discomfort by marking the areas on a drawing of the human body.

What happens during the physical exam?

The chiropractor will start with a routine physical exam, then follow it with an exam that focuses on the spine, with particular attention given to the areas of complaint.

The chiropractor may examine your whole spine. For example, if you had a low back complaint, the chiropractor would also likely perform a neck exam because the adaptations resulting from injury or subluxation in one area can result in secondary irritations somewhere else in the spine.

The physical exam typically includes a variety of assessments, such as range of motion tests, palpation, reflex testing, muscle strength comparisons, and neurological and orthopedic tests focused on the main complaint.

What goes into a treatment plan?

Following the assessments, the chiropractor will develop a treatment plan that takes into account:

Your goals of treatment should result from the discussion you have with your chiropractor. Many people seek simple relief of pain or discomfort, while others want to begin a regimen of ongoing care meant to improve their general health.

In initial consultations, your chiropractor will tell you the status of your condition and recommend an approach to care. Ask questions. As in any professional-patient relationship, trust and mutual understanding are vitally important.

Source:  Noninvasive Treatments for Acute, Subacute, and Chronic Low Back Pain: A Clinical Practice Guideline From the American College of Physicians (2017)

Source:  Noninvasive Treatments for Acute, Subacute, and Chronic Low Back Pain: A Clinical Practice Guideline From the American College of Physicians (2017)

“Many treatments are available for low back pain. Often exercises and physical therapy can help. Some people benefit from chiropractic therapy or acupuncture.”

“[Chiropractic Manipulative Therapy] in conjunction with [standard medical care] offers a significant advantage for decreasing pain and improving physical functioning when compared with only standard care, for men and women between 18 and 35 years of age with acute low back pain.”

In Comparison to Other Treatments in Phoenix

“Reduced odds of surgery were observed for…those whose first provider was a chiropractor. 42.7% of workers [with back injuries] who first saw a surgeon had surgery, in contrast to only 1.5% of those who saw a chiropractor.”

“Cervical spine manipulation was associated with significant improvement in headache outcomes in trials involving patients with neck pain and/or neck dysfunction and headache.”

“The results of this study show that spinal manipulative therapy is an effective treatment for tension headaches. . . Four weeks after cessation of treatment . . . the patients who received spinal manipulative therapy experienced a sustained therapeutic benefit in all major outcomes in contrast to the patients that received amitriptyline therapy, who reverted to baseline values.”

In a study funded by NIH’s National Center for Complementary and Alternative Medicine to test the effectiveness of different approaches for treating mechanical neck pain, 272 participants were divided into three groups that received either spinal manipulative therapy (SMT) from a doctor of chiropractic (DC), pain medication (over-the-counter pain relievers, narcotics and muscle relaxants) or exercise recommendations. After 12 weeks, about 57 percent of those who met with DCs and 48 percent who exercised reported at least a 75 percent reduction in pain, compared to 33 percent of the people in the medication group. After one year, approximately 53 percent of the drug-free groups continued to report at least a 75 percent reduction in pain; compared to just 38 percent pain reduction among those who took medication.

Findings from a study utilizing data from the North Carolina State Health Plan collected between 2000-2009 show that care by a doctor of chiropractic (DC) alone or DC care in conjunction with care by a medical doctor (MD)  incurred “appreciably fewer charges” for uncomplicated lower back pain than MD care with or without care by a physical therapist.

Low back pain initiated with a doctor of chiropractic (DC) saves 20 to 40 percent on health care costs when compared with care initiated through a medical doctor (MD), according to a study that analyzed data from 85,000 Blue Cross Blue Shield (BCBS) beneficiaries in Tennessee over a two-year span. The study population had open access to MDs and DCs through self-referral, and there were no limits applied to the number of MD/DC visits allowed and no differences in co-pays. Researchers estimated that allowing DC-initiated episodes of care would have led to an annual cost savings of $2.3 million for BCBS of Tennessee. They also concluded that insurance companies that restrict access to chiropractic care for low back pain treatment may inadvertently pay more for care than they would if they removed such restrictions.

“Chiropractic care appeared relatively cost-effective for the treatment of chronic low-back pain. Chiropractic and medical care performed comparably for acute patients. Practice-based clinical outcomes were consistent with systematic reviews of spinal manipulative efficacy: manipulation-based therapy is at least as good as and, in some cases, better than other therapeusis.”

“Chiropractic is the largest, most regulated, and best recognized of the complementary and alternative medicine (CAM) professions. CAM patient surveys show that chiropractors are used more often than any other alternative provider group and patient satisfaction with chiropractic care is very high. There is steadily increasing patient use of chiropractic in the United States, which has tripled in the past two decades.”

for an appointment today